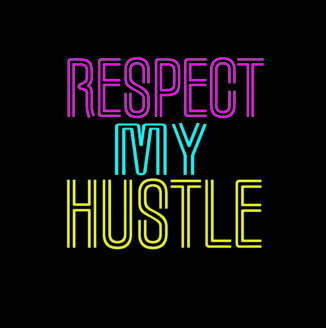 There was a recent tweet that went viral on Twitter dubbed “Respect my hustle”. As much as I would assume this would be obvious to me and to all of us, I realized I too have not been respecting people’s hustle. We all have our reasons for voicing disparaging remarks about someone’s start at life. We think it’s unnecessary… too little pay some would say, wondering where that short stack could ever lead to. Many of us judge on the basis of morals. Noses to the sky, eyes looking down at the unfathomable idea of “stooping that low”. Whatever ‘that low’ means to each of us. But isn’t the purpose of life, growth?

On the previous Mentors Parlour session ‘The Money Game’, one of the speakers Hursh was very insistent on having clarity. It is important to have your goals laid out and clear milestones you want to hit.  It is the steps you make from making 200 shillings to 200 thousand that count. I like that he further went to clear up that not everybody finds clarity. At least not right away, and that’s acceptable. This made the weight on my shoulder drop, as I am guilty of self-critism. The lack of a clear profession leaves me questioning my future or rather the success of it. I find myself turning into the green eyed monster whenever I meet someone who’s clear on what they want to be in future this early on in life. But I’m still moving, I’m acquiring new skills, learning and trying to improve on them every day with the hope that one day this effort will add up to something.

Everyone has something they excel in, a talent or a skill. If you are willing to put in that work, the extra hours. If your mindset is “How can I get better at what I do” then you will go further from where you are now. And I know a lot of us are where I am, suffering form self-doubt. But trying to put in that extra hour every day, have less distractions, and truly trying to push yourself to be better for you is all you need to advance in life… And like Hursh says, don’t stop moving.

I’m a firm believer in growth. Everyone has to start someone with a vision in mind about where they want to be later Our starts are different, that’s what makes us individuals.